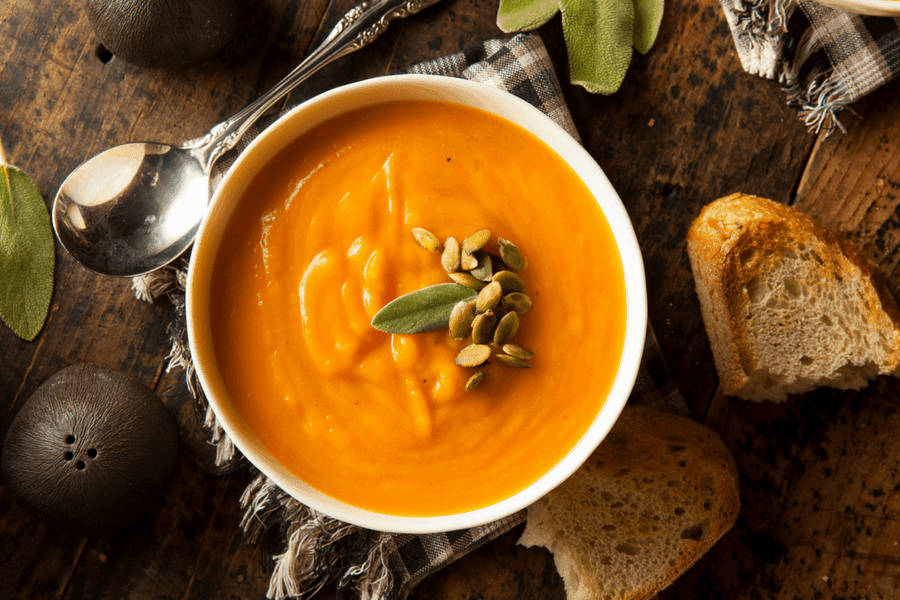 I make soups year-round, but now we’re finally in soup season! Soup makes for easy week day lunches and week night dinners because they’re fairly effortless. I can toss all the ingredients in the crockpot, and let them simmer all day. Or, I can cook the soup on the stovetop after work for a quicker method. After we eat the soup, I put it in Tupperware containers for lunches that week. We save money, and we eat healthy – soup’s a win-win!

I love cream-based soups – like broccoli and cheddar soup – but those are typically not as healthy or low-calorie as broth- or tomoato-based soups. And, I also love dipping a baguette into my soup, which isn’t low-calorie either. So, I’ve been opting for veggie- and protein-packed soups that are hearty and filling enough to not make me want to add bread or crackers. And because many veggies have so few calories, you’re adding in quality fillers, instead of calorie-heavy fillers, like pasta or rice.

Below are four low-calorie and hearty soups that I can’t get enough of. And, I think you’ll agree after trying any one of them! 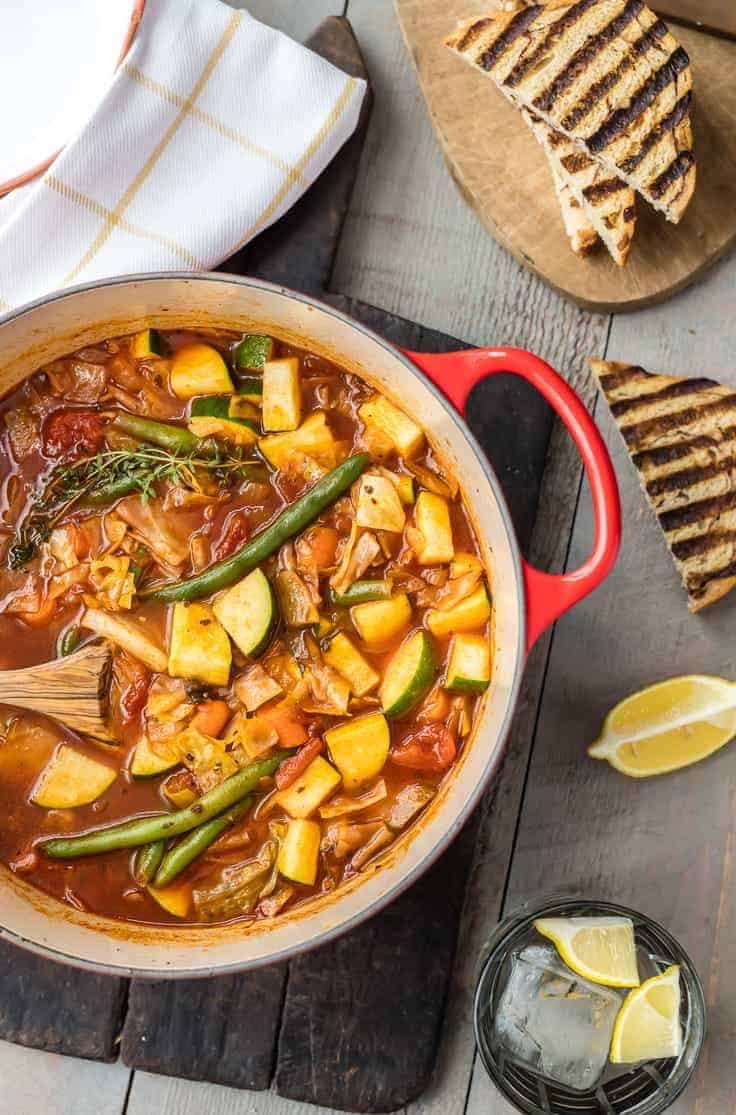 Cabbage soup is the first low-calorie soup I made. My sister is a model, and she would rave about how many servings of cabbage soup she could eat. She said it was so low calorie that you could basically eat however much you wanted. But, I’ve never been a big cabbage fan, so I wasn’t enticed to try it. Fast forward to a few months ago, and I decided I wanted to give it a go.

Cabbage soup is packed with veggies, including green beans, carrots, zucchini and, of course, cabbage. It calls for vegetable or beef broth and a little tomato paste to make up the base. And, it’s so delicious! Trust me – remember, I don’t even like cabbage.

You can get the cabbage soup recipe here. 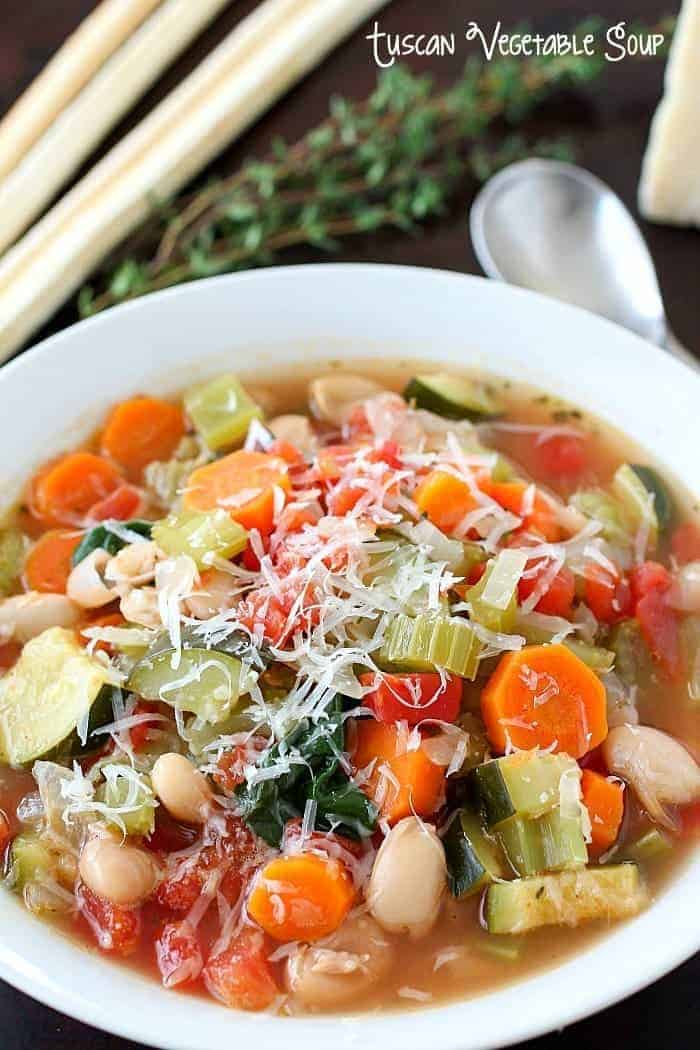 The Tuscan veggie soup is also loaded with veggies, like celery, carrots, zucchini, spinach and tomatoes. Plus, it calls for cannellini beans. (If a soup calls for any type of bean, I’m down!) This soup uses chicken or vegetable broth for its base, and you can garnish with a little parmesan cheese to bring this Italian soup full-circle.

You can get the Tuscan veggie soup recipe here, which comes in at 150 calories per serving.

Related Post: 7 Reasons Why You Should Take Cooking Classes 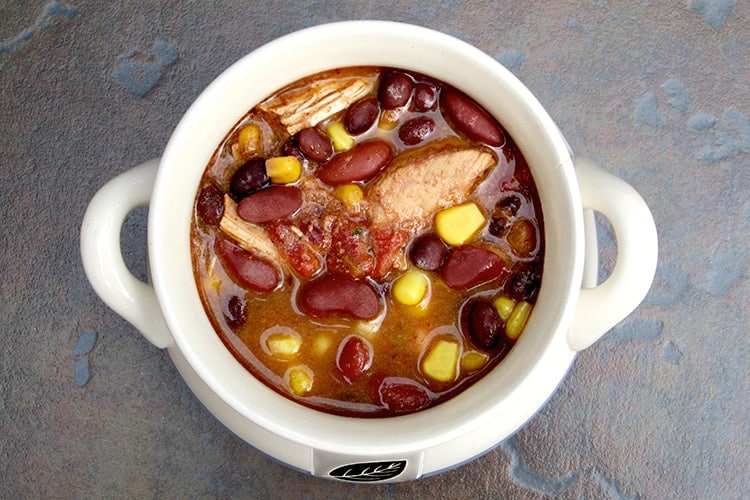 Chicken fiesta soup is something I’ve been making for years. I first started making it for a quick dinner because it was a “dump-and-go” recipe. Most of the ingredients can be bought in a can, so I could dump all the cans in crockpot in the morning or cook it all on the stove when I got home from work. But, just a reminder if you buy canned ingredients, your soup will be higher in sodium. I like buying frozen veggies – like corn or green beans – for soups so I decrease the sodium content.

Chicken fiesta soup calls for corn, black beans, kidney beans, diced tomatoes with green chiles, salsa, chicken broth and chicken. And you can even omit the chicken if you don’t have time to cook it before preparing the soup. It tastes great both ways. Some recipes call for taco seasoning, however, I leave that out to help on sodium. The chiles and salsa have enough flavor to give the soup that spicy flavor. I garnish this soup with a little cheddar cheese and a few tortilla chips.

You can get the chicken fiesta soup recipe here, which comes in at 192 calories per cup. 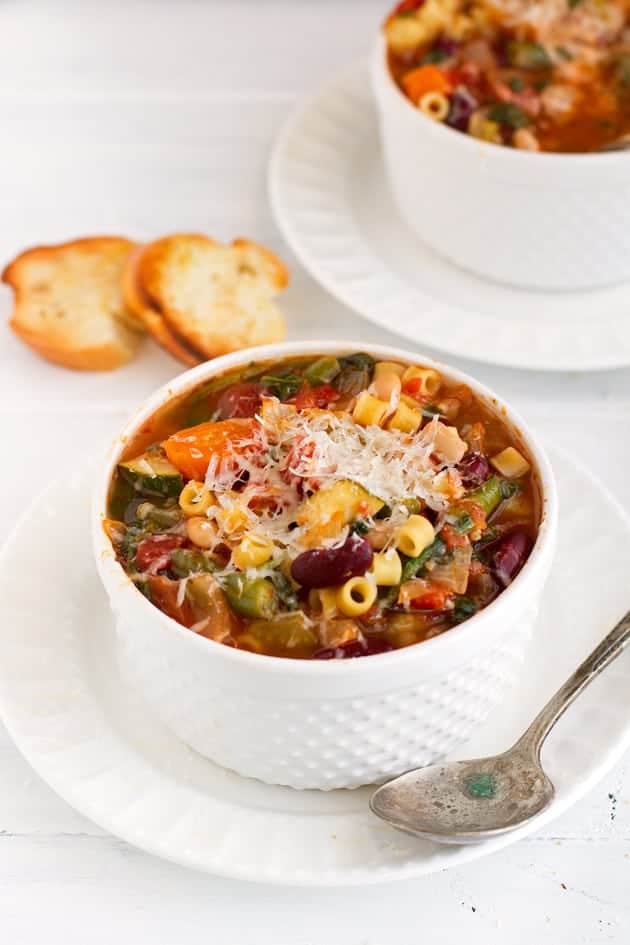 Minestrone soup is one of my favorite soups because of its little pasta pieces.

This Italian soup combines different types of beans and vegetables for a hearty meal. The recipe calls for carrots, celery, spinach, tomatoes, zucchini, onions, green beans, great northern beans and kidney beans. Like the cabbage soup, its base it made from tomato paste and vegetable broth, plus a little tomato pesto.

You can get the minestrone recipe here, which comes in at 307 calories per serving.

Soups make for easy and filling meals all year long, but they are even more delicious as we transition to fall. Choose low-calorie soups, and you won’t feel guilty about going back for seconds!

Lauren Hamilton is the founder of www.modwife.co, a lifestyle and relationship blog offering relationship advice and encouraging women to be the happiest, most confident version of themselves through positivity and self-love. She's also a freelance writer and communications strategist. Follow her on Instagram or Twitter, and check out some of her accomplishments on her portfolio. View all posts by Lauren Hamilton