No Time, Or Not A Priority? 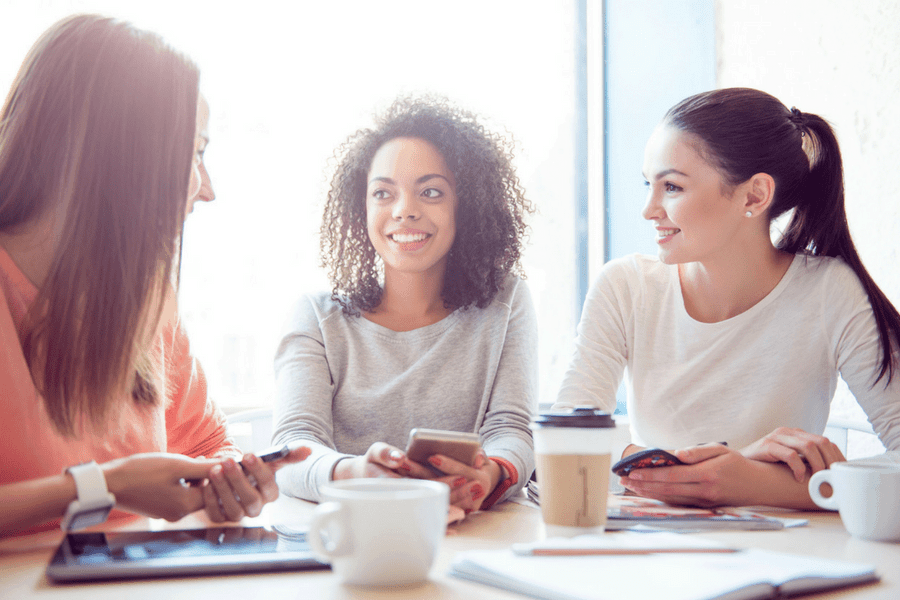 I’ve recently had a few conversations with girlfriends about how we just don’t seem to have enough time in our day to do everything we want to, or sometimes even the things we feel we need to.

It’s a common theme amongst women these days, often juggling work, family and social lives. Throw in some housework, fitness and some elusive ‘me time’ and sometimes something has to give!

We can’t do all of the things, all of the time, right?  Time is our most precious commodity.

“I don’t have time to catch up with a friend”.

It can become quite overwhelming and downright frustrating when we feel like we are ‘dropping the ball’ in one or more areas because we just don’t have time!

Here’s the thing – we all have the same amount of time in our day, 24 hours.

How could she have 5 babies, work 3 jobs, make everything from scratch, do brunch with her girlfriends, have a spotless home, a banging body, a happy marriage and be wearing a crisp white ironed shirt?  Okay, I don’t actually know someone like that, though I am sure she exists!

So, if super mama here can do all that, and if you have the same amount of time in a day that the President does, how is it that you feel like some days you just can’t get anything done?

Here are a few things to think about!

It’s not a priority.

Instead of saying ‘I don’t have time’, try saying ‘it’s not a priority’.  Have you heard of this tactic before?  I love it, and really dislike it, all at once!

The idea is to shift your perspective and become aware of using not having time as an excuse.  And when it really is just a habitual excuse, this tactic is great!  For example, you may not have time to work out, but you somehow have time to watch Game of Thrones episodes back to back. Hmmm… So instead of saying you don’t have time to work out, you would instead say that ‘working out is not a priority’.

On the flipside, you may not have time to work out today because you need to take your sick child to the doctor – a perfect example of when I dislike this tactic!  I believe it can create shaming behaviours and induce guilty thoughts which aren’t so kind on ourselves!

In the second example, you didn’t skip gym class because working out is not a priority, but because obviously it was not as much of a priority as your child was in that moment.

What’s on your plate?

Before you get yourself in a tizz and fob off that catch up with your friend for the 4th time this month because you don’t have time, think about what you have on your plate at the moment.  Do you really not have the time?  What commitments and responsibilities do you have?

Write them down and schedule them in your diary – appointments, chores, events, family time, etc.  Have a look at how you are spending the rest of your time.  Do you really need to scroll through Facebook for 2 hours every night?

When you look at your schedule and how you really spend your time, maybe you find that you have more available time than you think!

Give yourself a break.

Please, give yourself a break from time to time gorgeous.  Remember how I said that we can’t do all the things, all of the time?  We can’t.  We really can’t.

If life is full and you find yourself genuinely not having enough hours in your day to do all the things that are a priority to you, it is okay, be kind to yourself and do the best you can.

If you find yourself making Game of Thrones a priority over working out because you simply need some down time, it’s okay, listen to your body and soul and take the time out.  And while you are at it, quit comparing your life to Super Mamas life.

Although you see this put together woman whose life is pretty close to perfect, what you don’t know is that she actually has a cleaner, a nanny, and her mother brings over home cooked meals most nights as she is not usually home in time to cook between her 3 jobs.  Things aren’t always what they seem!

The next time you find yourself saying that you don’t have the time to do something, take a second to think about whether that is actually the truth or not.  Maybe it is, and that’s okay.  Maybe it’s not, and that’s okay too.  Do the best you can, just don’t fool yourself.

Is it a priority?  What’s on your plate? Give yourself a break, and don’t compare!

Tags: Health and Wellness, Self Love | In Categories: Blog,Health & Wellness