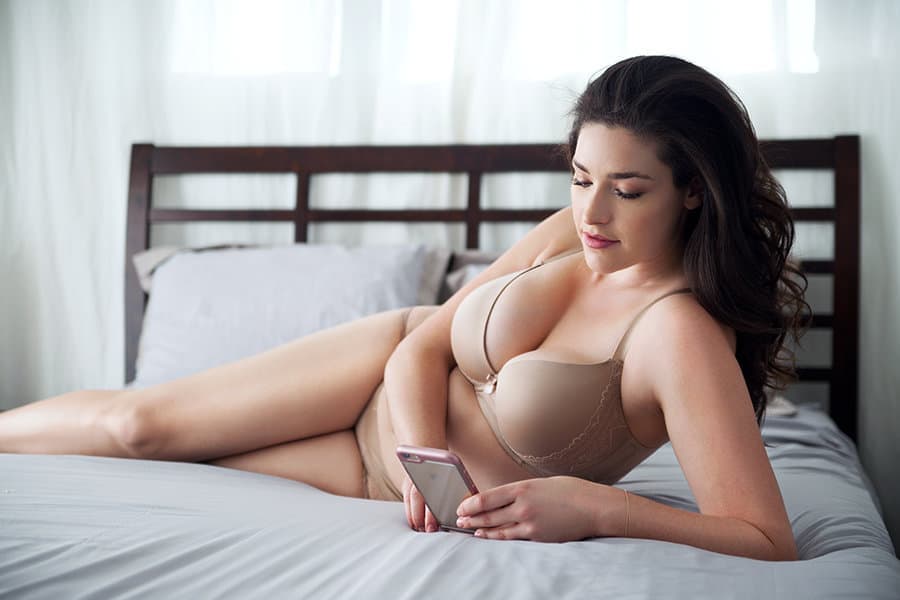 It goes without saying that social media now plays a major role in our day-to-day lives. It’s tough to tell when this happened, but tweeting, checking Facebook, and scrolling through your Instagram feed, are one of the first things you may do when you wake up in the morning, when you’re in a waiting room, or when you’re bored late at night. In fact, around 40 percent of the world population — 3 billion people — use social media, spending an average of two hours daily liking, posting, updating, and viewing others’ content on these channels. And while social networks are obviously a stellar way to stay up-to-date on your loved ones’ lives, they can also be pretty detrimental to your health and well-being. That’s why a social media cleanse for self-care might be the best move you can make.

What is a social media cleanse? Also known as a social media detox, this effort entails limiting your use of those platforms. Typically, it involves completely eliminating them from your life for a specified amount of time, whether it’s a week or a month. And it’s becoming an increasingly popular concept, too. In fact, a whopping 64 percent of Gen Z’ers say they’re taking a break from social media, and 34 percent say they’re permanently quitting these networks, according to research by Hill Holiday’s research arm Origin.

There is a bevy of benefits that come with going on a social media cleanse, ranging from improved mental health to an enhanced social life. Maybe you just feel like these networks are distracting you from more important tasks or preventing you from investing in more meaningful, fulfilling activities.

Thinking about trying a digital detox for self-care? Here are some of the most compelling reasons why you should.

1.  Your relationships may get stronger.

The very name social media implies that these platforms are meant to make you feel more connected to people in your inner circle. But in fact, research has shown that these channels can do just the opposite.

One 2012 study published in the Journal of Social and Personal Relationships revealed that even the presence of a phone can take away from face-to-face social interactions. Researchers found that people who had their phones on the table within eyeshot had less meaningful conversations than those who had a notebook on the table instead of a phone. Not only that, but they also reported feeling less connected to their conversation partners.

If you feel like your relationships have been suffering, why not see what ditching social media can do in that regard? You may be surprised by how you’re able to feel closer to friends, family members, and your significant other when your attention isn’t compromised by constant social media notifications.

Without a doubt, one of the most detrimental aspects of social media is that it tends to cause you to constantly compare your life to the lives of those you follow. But here’s the thing: People typically only share the positive elements of their lives, which means that you’re only seeing a very small portion of the picture. As a result, you may end up falsely believing that your life doesn’t measure up to others.

A 2016 study conducted by the University of Copenhagen determined that this phenomenon —  which they dubbed “Facebook envy” — is actually super common. And unsurprisingly, participants rated both their well-being and their satisfaction with their lives as higher after taking a week-long break from Facebook.

This idea is supported by another 2017 study published in the American Journal of Epidemiology, which found that Facebook use was linked to lower life satisfaction, whereas interacting with real-life friends was associated with higher life satisfaction.

Have you ever noticed that reading a pessimistic tweet or Facebook post actually impacts your mindset? It’s true that negative energy can be super contagious, according to a study by researchers at the University of California. After analyzing the emotional content of over a billion status updates by more than 100 million Facebook users between 2009 and 2012, they found that one negative post actually triggered another 1.3 negative posts by their friends.

Essentially, by going on a social media cleanse, you eliminate your exposure to posts in which people rant, complain, or otherwise display the kinds of sentiments that can bring your mood down.

It goes a little something like this. Your friends decide to go on a road trip, but you have to bail because of work obligations— then, while scrolling through their Instagrams during the getaway, you start feeling jealous, regretful and even a little depressed. Fear of missing out, or “FOMO,” is a super common side effect of social media use. And the more active you are on your social networks, the more likely you are to see what amazing experiences your friends and family are having that you aren’t.

Going on a social media cleanse eliminates this problem, however. You won’t be scrolling through pics of that family vacation you had to skip, the work retreat you couldn’t attend, or the girls’ night you just weren’t able to make. And as a result, you can avoid all those negative emotions that come along with FOMO.

5.  You could reduce your anxiety.

Struggling with anxiety on a regular basis? Social media could be fueling the issue. A 2017 study published in the journal Computers in Human Behavior revealed that people who use seven or more social media platforms more three times more likely to have high levels of general anxiety symptoms than those who only use two or fewer platforms. So, if you’re dealing with persistent worry, restlessness, ad trouble sleeping, a social media cleanse may be just the thing to help you achieve a calmer, more balanced mindset.

As you may know, sleep has a major impact on your overall physical, mental, and emotional health. One more legit reason to do a social media detox is to catch more Zs because as it turns out, research has found that social media use before bedtime can have a negative effect on your quality of sleep. Harvard Health Publishing reports that blue light, which is the kind of light that your smartphone gives off, reduces your body’s production of melatonin, the sleep-regulating hormone.

Meanwhile, another study by the University of Pittsburgh found a link between obsessive checking of social media sites and sleep disturbances.

If you’re not ready to commit to a full-on social media cleanse, you may at least want to abstain from checking these networks an hour or two before you hit the hay so you can wake up feeling more rested and refreshed.

7.  You could reduce feelings of depression and loneliness.

One particularly alarming statistic is that heavy social media users have up to a 66% higher chance of being depressed. This could be for a variety of reasons — for example, perhaps their social media use has negatively impacted their real-life relationships, or they’re constantly comparing themselves to others.

Fortunately, getting rid of social media can have an inverse effect. A 2018 study carried out by researchers at the University of Pennsylvania and published in the Journal of Social and Clinical Psychology found that people who limited their social media use to 30 minutes a day reported reduced depression and loneliness after just three weeks.

8.  Your body image may improve.

It’s no secret that scrolling through Photoshopped, perfectly filtered photos of Instagram models and celebrities can take a brutal toll on your self-esteem.

According to a survey of 1,500 young people by the charity Scope, social media sites make more than half of users feel unattractive. Moreover, 62% admitted that using social media made them feel inadequate. Another 2016 study by Penn State University researchers found that when participants looked at other people’s selfies, it lowered their self-esteem. Lastly, a study that involved female undergraduate students, which was published in the journal Body Image, found that when women engaged on social media with attractive peers, they felt more dissatisfied with their bodies.

If you’re not ready to eliminate social networks from your life entirely, it might be beneficial to do an overhaul on which accounts you follow. Choosing to only expose yourself to body-positive content can have a significant impact on how you perceive yourself.

So, is a social media cleanse right for you? Only you can decide if you’re ready to take the plunge. But if you’re seeking a powerful strategy for self-care, you may be surprised by how ditching these networks – at least for a week or two — can have a positive effect on your relationships, mood, mental health, body image, and overall well-being. And after the cleanse is over, even if you decide to re-download your social apps, you may very well decide to adjust your habits in order to keep reaping those rewards.

Related: How To Create A Feel Good Self Care Routine At Home 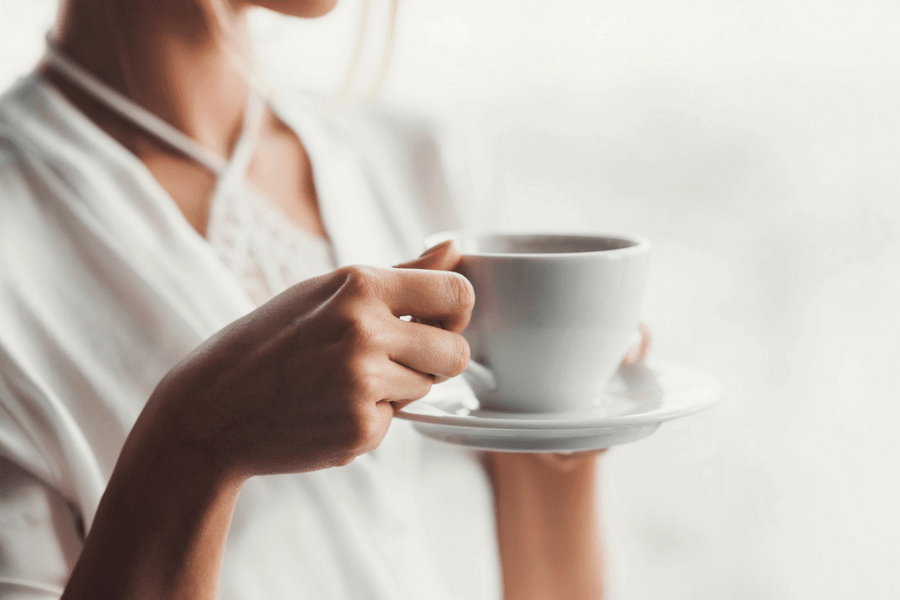 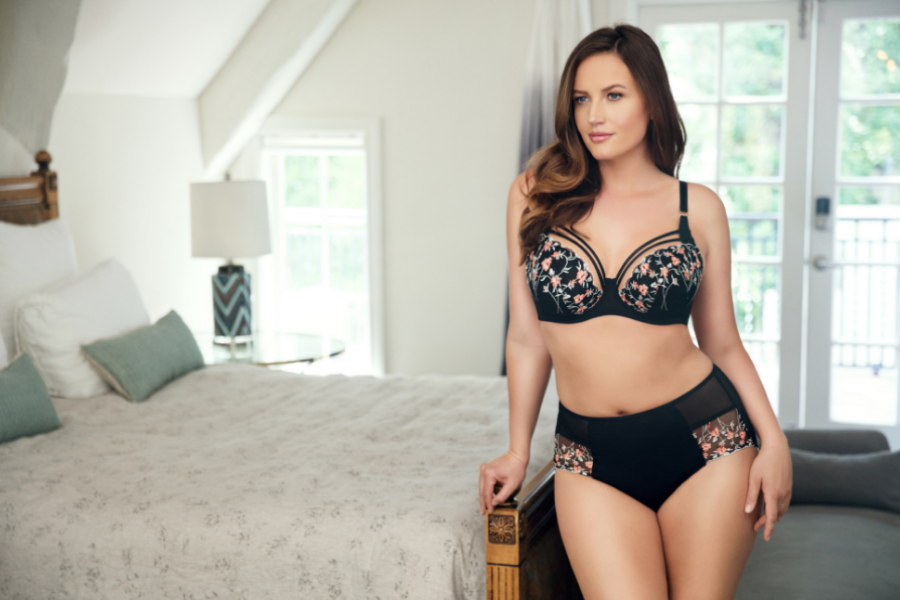