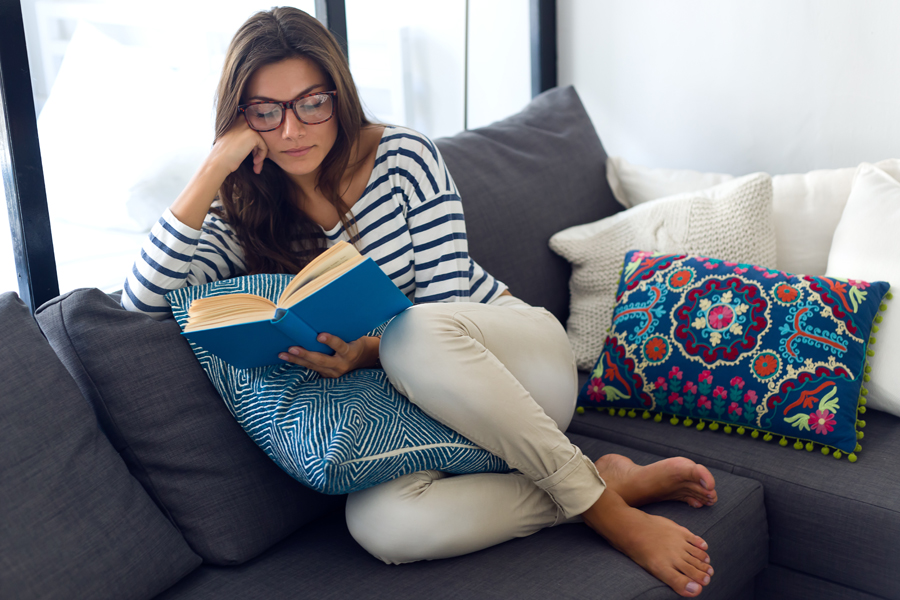 Usually people fall into one of two camps: read the book first, or watch the movie first (or only). I’m one of those book snobs who likes to read the book before seeing the movie. I like to form my own images of the people, places, and things, before I see it brought to life on the big screen. If you’re like me, or if you just want to add some new books to your book list, here are 10 books being made into movies in 2018 that you should check out!

Ready Player One by Ernest Cline

The year is 2044, and the world is a dystopic, ugly place. Teenager Wade Watts escapes from his every day, grim life into the virtual world of OASIS, where anything is possible, as long as your plugged in. But the deeper Wade goes into this supposed utopia, and the more puzzles he solves, the more dangerous the virtual world becomes. Wade has to fight to survive, and he can’t just play the game, he has to win the game.

Area X is cut-off from the rest of the continent, a supposed Eden, a land uninhabited. But those that go to visit this paradise come back insane, violent, suicidal, or worse, not at all. This is the story of the 12th expedition to this land, made up of four women who must survive Area X (and each other) in order to map the land, take specimens, and come home.

The Little Stranger by Sarah Waters

Dr. Faraday, as respected physician in his rural, small town, makes a house-call to Hundred Hall, where the family is falling apart as fast as the old manor house they live in. But something else is haunting the halls alongside the Ayres family, and nothing is as it seems in this historical supernatural thriller!

The Darkest Minds by Alexandra Bracken

Ruby is one of the last surviving children of a disease that wiped out most of America’s youth, but those that lived aren’t cherished but hunted, as they have terrible powers they can’t control. For fans of The Hunger Games, this is another YA dystopian series to will get you hooked.

All the Bright Places by Jennifer Niven

Theodore and Violet meet on the edge of the school bell tower; one is contemplating death, the other is grieving. They decide to work on a school project together, studying the beauty of their state, and begin to learn that life is so much larger (and smaller) than they first thought.

Related: 8 Reasons Why Self Care Is Important

In this novel, the answer to “How does she do it all?” is answered by Bee, Bernadette’s daughter. And the answer? She can’t. Told from Bee’s perspective, she hunts for her notorious mother in a world of emails, official documents, and secret correspondence.

A Wrinkle in Time by Madeleine L’Engle

Meg is an outcast, and only her family seem to understand her. She used to be able to depend on her father, but he disappeared without a word months ago. Then one night, a scruffy, rain-soaked old woman shows up on her doorstep. Her brother seems to know her, her mother seems to trust her, and Meg doesn’t know what to do with her. Her life will soon be turned upside down when this woman and her two friends tell Meg that they can help her find her father. But at what cost?

The Lost Wife by Alyson Richman

Lenka falls hard for her brother’s best friend Josef. But then war comes to Prague, and the two are separated. Can their love survive across continents, time, and the war? A tale of the resilience of the spirit and the power of love to cross all barriers.

Garrard was nineteen when he was outed to his parents, who gave him a choice: attend a church-supported conversion therapy program, or lose your friends, family, and church. This is a memoir describing the author’s journey of self-discovery, self-love, and acceptance.

Drafted against her will into a government program, Dominika must operate as a trained seductress to keep Moscow, and her country, safe from American intelligence officers. But her loyalties are tested when she meets her counterpart, CIA officer Nathaniel Nash, and the two must decide what is more important: love, or love of country.

Related: 15 Ideas For Quality “Me Time” That Will Leave You Feeling Refreshed

Which of these books/movies are you excited to watch in 2018? Did we miss any? Let us know!