Here’s Why You Need A Supportive Sports Bra 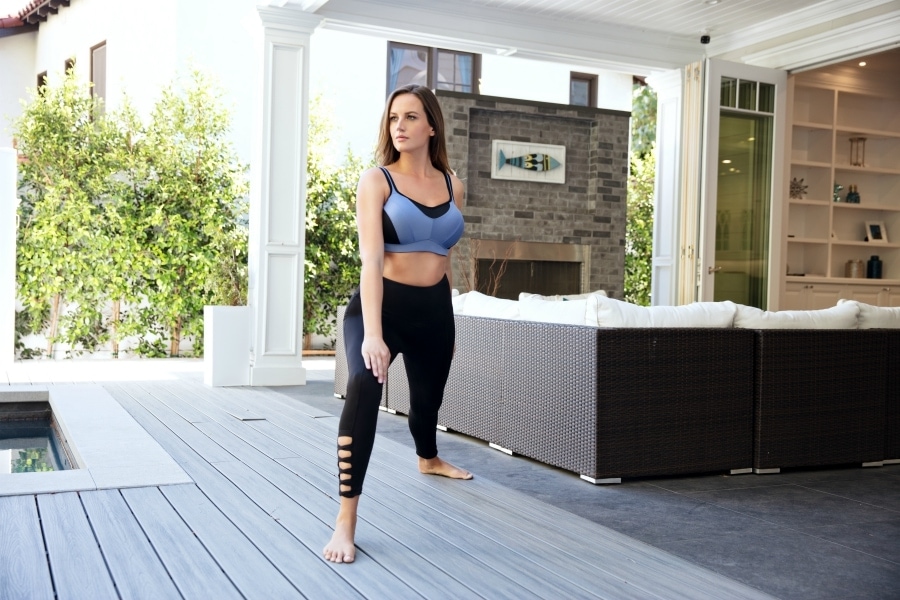 In ancient Rome,  for example, this meant binding the breasts with a cloth. By the 1970s, the first sports bra — which was constructed of two jockstraps sewn together — emerged, changing the game. Luckily, sports bras have come a long way since then. Because while you may not give much thought to these undergarments, they play a super important role not only in your comfort during a workout, but also your breast health in general.

Here’s why you need a supportive sports bra:

Your breasts during exercise

A 2013 study of female marathon runners revealed that 32 percent said they experienced occasional pain in their breasts. What’s more, 17 percent of those reported cutting back on the duration or intensity of their training (or skipping a workout altogether) due to that pain.

So, why would running cause breast pain? Consider that breasts in themselves contain no muscle — instead, they are made up of connective tissue, glands, and fat. The Cooper’s ligaments are what hold the breasts against your chest, but they aren’t capable of limiting movement. In other words: There’s nothing really there to stop your breasts from bouncing all over the place. Not only is this uncomfortable during a workout (and perhaps a source of self-consciousness), it puts a lot of strain on the aforementioned Cooper’s ligaments. And since those ligaments are what keep your breasts looking perky, damage to them will cause your boobs to sag over time.

It’s worth noting that your breasts don’t just bounce up and down, either. Michelle Norris, senior research associate in the department of sport and exercise science at the University of Portsmouth in the U.K., conducted in-depth studies on female runners and found that (unsupported) breast tissue can move up to 15 centimeters while running, and it moves in all directions — even forward and backward, and side to side. Essentially, your boobs move in a figure-eight pattern while you run, which means you need a bra that provides support in every direction (including under the bust and along the sides).

There’s another reason why it’s critical to have a supportive sports bra during your sweat sessions. You’re more likely to subconsciously modify the way your arm swings when you’re trying to minimize movement due to a lack of support. Not only can this negatively impact your stride, but it can put extra strain on your neck and shoulders, leading to pain later on.

Here’s the thing: Regardless of the size of your breasts or type of activity you’re participating in, you still need a sports bra that provides some support.

However, the level of support does depend slightly. Obviously, those with larger breasts will need to seek out bras with more supportive features, as will those who participate in high-impact physical activities such as running, aerobics, and plyometrics (as opposed to low-impact activities such as yoga and Pilates).

While compression bras are immensely popular, these styles only hold the breasts in place by compressing them closer against the body. Encapsulation bras, on the other hand, are closer to a traditional bra in that they support each breast individually with separated cups, making them ideal for large-breasted women. There are sports bras that combine both compression and encapsulation as well, for added assurance.

You may already know that a supportive bra is important, particularly if you’re large-busted. However, the amount of stress put on your breasts during vigorous physical activity makes it even more crucial. Whichever sports bra style you choose, be sure that you’ve had a professional assess your size — after all, a bra can only offer adequate support if it fits flawlessly.

Related: How To Choose The Right Sports Bra