Fear of Flying? 5 Lifestyle Hacks That Might Just Help 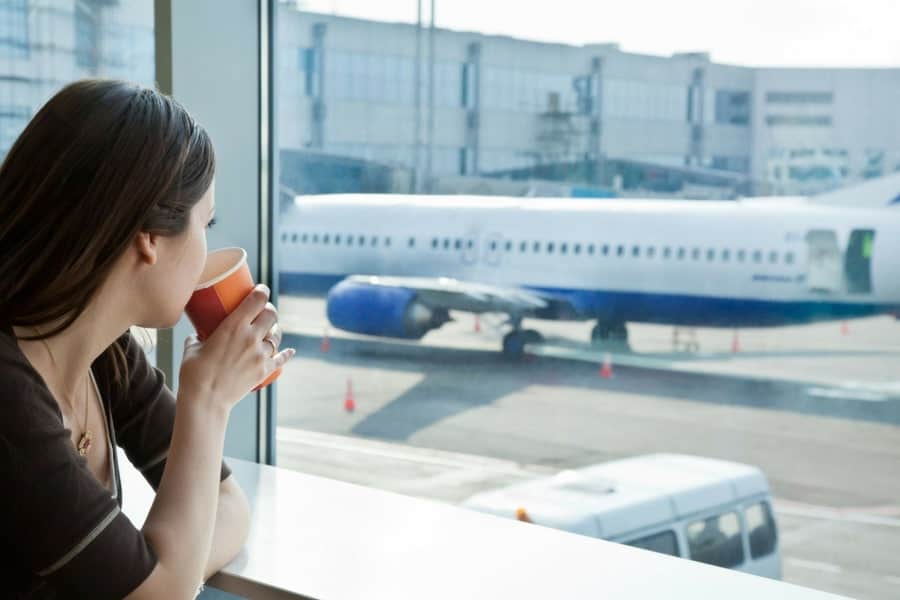 The idea of jetting off into the sunset should be a dream come true, but for some, it’s a living nightmare. In fact, one in three Americans suffer from some form of fear when it comes to flying, according to Fly Freight. If you’re one of the people who gets the shivers before stepping onto a plane, here are five lifestyle hacks that just might help. 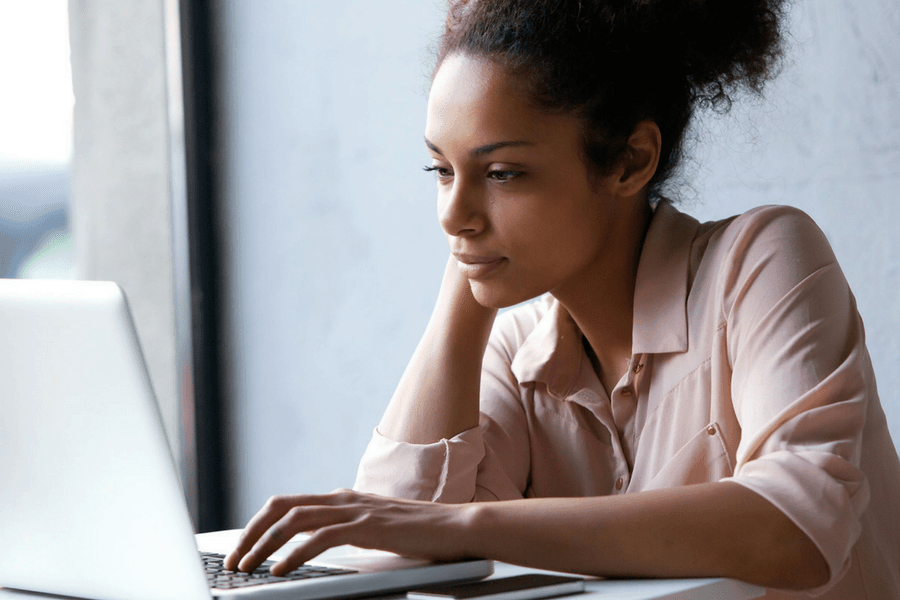 If you happen to be inherently scared of flying, booking a flight may seem utterly ludicrous. After all, what could be worse than living through that nightmare of a situation? While facing your fear may be the bottom of your to-do list, maybe it’s just what you need to do to overcome it once and for all.

Stepping up and actually tackling your fear head on is something that you need to do sooner, rather than later, according to research from Saint Louis University Medical Center. The idea is that by using ‘exposure therapy’ (i.e. exposing yourself to the things that are scaring you), you can overcome the fear one step at a time. 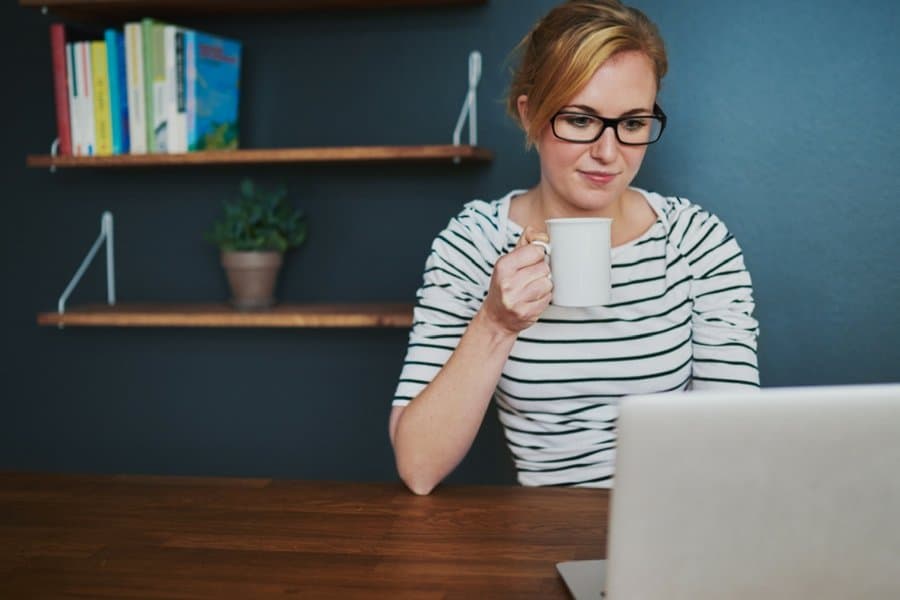 Fear is often something that we just can’t control. Or, at least, that’s what you think. In truth, many people are as scared of the unknown as anything else. So, it stands to reason that the more you learn about something, the less it will spook you.

For example, when the plane experiences some turbulence, you may freak out because you don’t know what’s happening. However, some bumps during the flight are 100% normal; the crew actually expect it to happen. Often air pockets or clouds are to blame, which is why you needn’t panic each time you feel a tiny dip.

Related: Travel Essentials 101: 6 Apps Every Woman Needs For Her Vacay

3.  Arm yourself with distractions 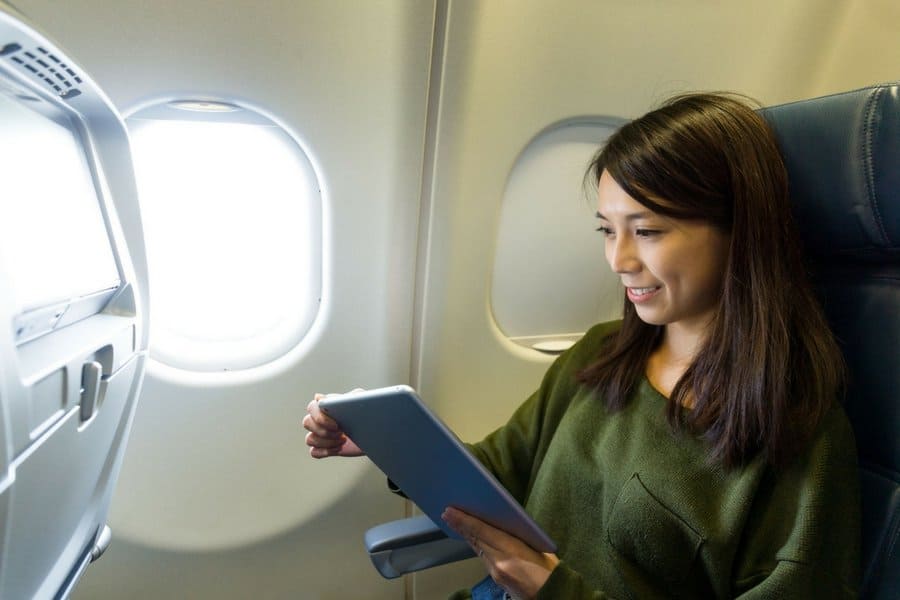 The absolute worst thing you can do when you’re feeling scared is focus too much on your fear. If you spend every darn second of the flight worrying that something is about to go wrong, the entire thing will be traumatic. Don’t put yourself through it.

So, what should you do? Make sure you step onto that flight armed with as many distractions as possible. Grab your favorite book, a game, a coloring book, your tablet; basically anything that will take your mind off the fact that you’re on a plane. The more you distract yourself the quicker the flight will go. 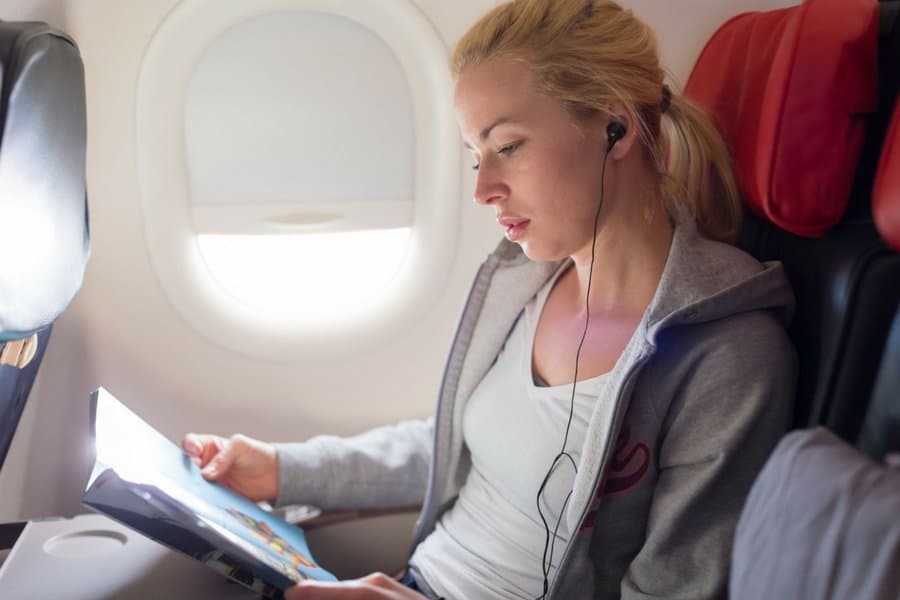 Panic does exceptional things to your mind and body. When you start to get scared and breathe shallowly, your body actually takes in too much oxygen. Often enough, this is something that people just don’t realise. They think that the short breaths mean that they don’t have enough oxygen, and so they try to take in more and more. That’s the worst thing you can do.

Controlling your breathing means that you can also control your mind and body — to a certain extent. One trick you can use is practicing some slow breathing techniques. Breathe in through your nose for four seconds, hold for two, and then breathe out through your mouth for another four. Doing so will regulate your oxygen levels and help you relax.

5.  Sit next to the plane wings 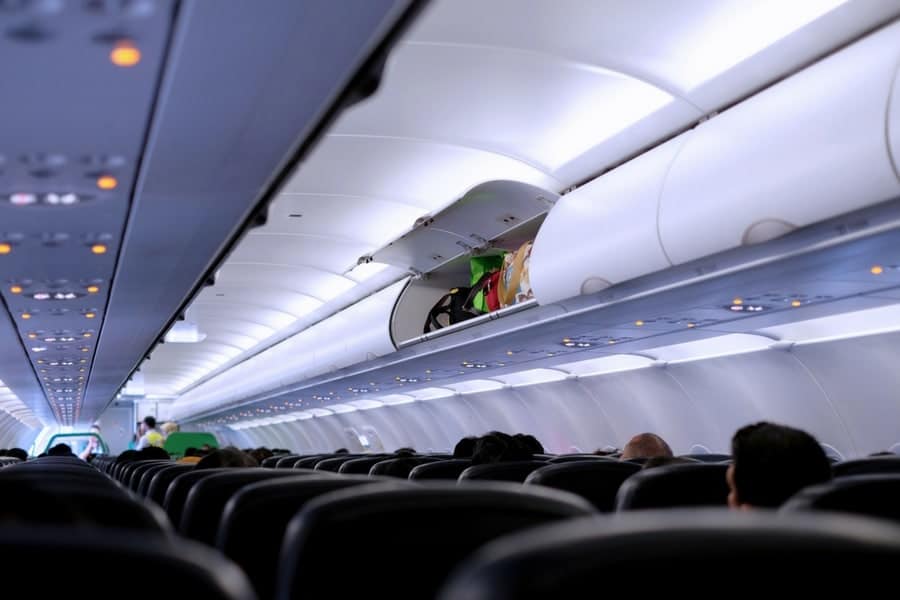 If turbulence is the thing that worries you, you need to make sure that you book a seat next to the wings of the plane. In the middle of the aircraft, you will experience the least amount of turbulence and in-flight rockiness. That means that you’re way less likely to get freaked out when you sit here rather than somewhere else.

Often enough, you should find that airlines allow you to book a particular seat in advance. If that’s not the case, though, you can always ring up the booking agent and ask them specifically for these seats. Trust me, it could just make all the difference.