The Lift We Love: The History Of Underwire Bras 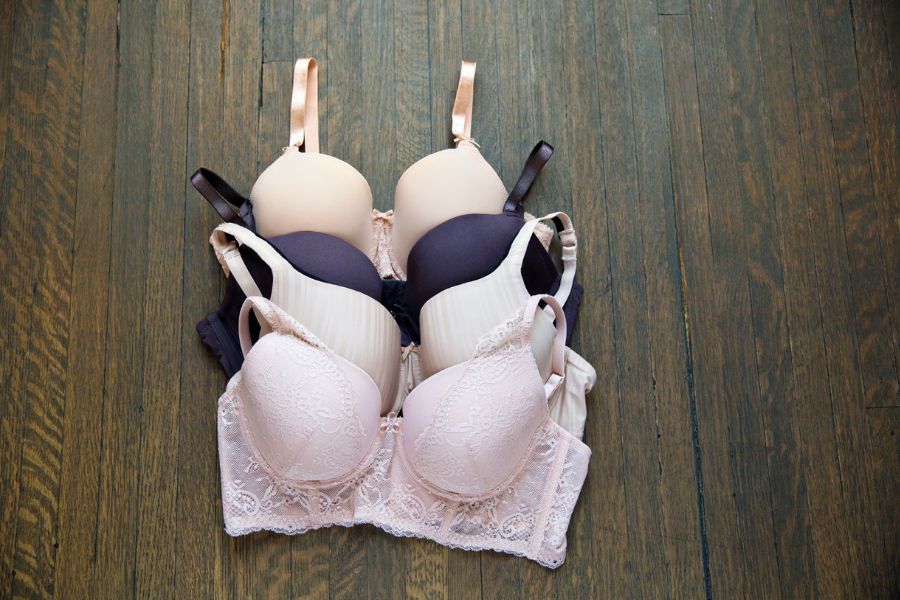 The bra as we know it today hasn’t existed for very long. Still, for centuries, women have been wearing some sort of garment to contain, shape, protect, and even lift their breasts. In fact, in Ancient Greece, female athletes wore a band of linen or wool wrapped around their chest, according to NPR. And then, of course, by the 1500s, the corset became a staple in women’s fashion among the middle and upper class.

But let’s shed a spotlight on the underwire bra. There’s no denying we love that this super popular undergarment has become a mainstay in women’s wardrobes, and with good reason. Underwire can be made of metal, plastic, or resin, and is sewn in along the bottom of each bra cup, from the center gore to the underarm area. And not only does it help to lift, separate and shape the breasts, but it also offers ample support for even the heaviest and largest breasts.

So, where did this handy invention come from? Who invented it, and when? Read on for a little history lesson on the beloved underwire bra.

In 1893, a New York woman named Marie Tucek was issued a patent for a product called the “breast supporter” — which looked much like the modern-day underwire bra. The breast supporter featured separated cups atop a metal support system, and not only had shoulder straps but also hook and eye closures to fasten it. The idea was for this garment to be more functional and practical, unlike the corsets that had dominated for so long, which primarily served as a fashion statement.

Still, the underwire bra didn’t exactly take off right away. After all, during the roaring ‘20s, flappers were all about flattening the breasts with bandeau bras. By the 1930s, though, the bra industry was ripe with innovation: the invention of the cup size system, adjustable straps, and padded cups all changed the game in terms of trends. Then, in 1931, a woman by the name of Helene Pons patented a new design that integrated an “open-ended wire loop” that encircled the bottoms and sides of each individual breast. The U-shaped wire at the bottom the cups strongly resembles the design for the modern underwire bra. A decade later, in 1940, Walter Emmett Williams received a patent for a wire framework shaped like a spiderweb, that encapsulates each breast for the purpose of support.

The rise and evolution of underwire

While the prototype for the underwire bra was technically invented in the 1930s, this style didn’t gain mainstream popularity until the 1950s — when World War II ended, that meant more metal was available for use. Not to mention, legendary Hollywood director Howard Hughes had a special underwire bra designed for Jane Russell to wear in The Outlaw — which was meant to draw attention to her bustline.

Naturally, the next phase in the evolution of the underwire bra was the push-up bra. Frederick Mellinger of Fredrick’s of Hollywood is credited with this invention: In 1948, he introduced the “Rising Star,” the first ever version of the push-up.

Today, it’s hard to imagine life without underwire bras. But in fact, these undergarments haven’t been around for very long. Now that you know the history behind these well-loved, ultra-supportive bras, you may be able to appreciate them even more.